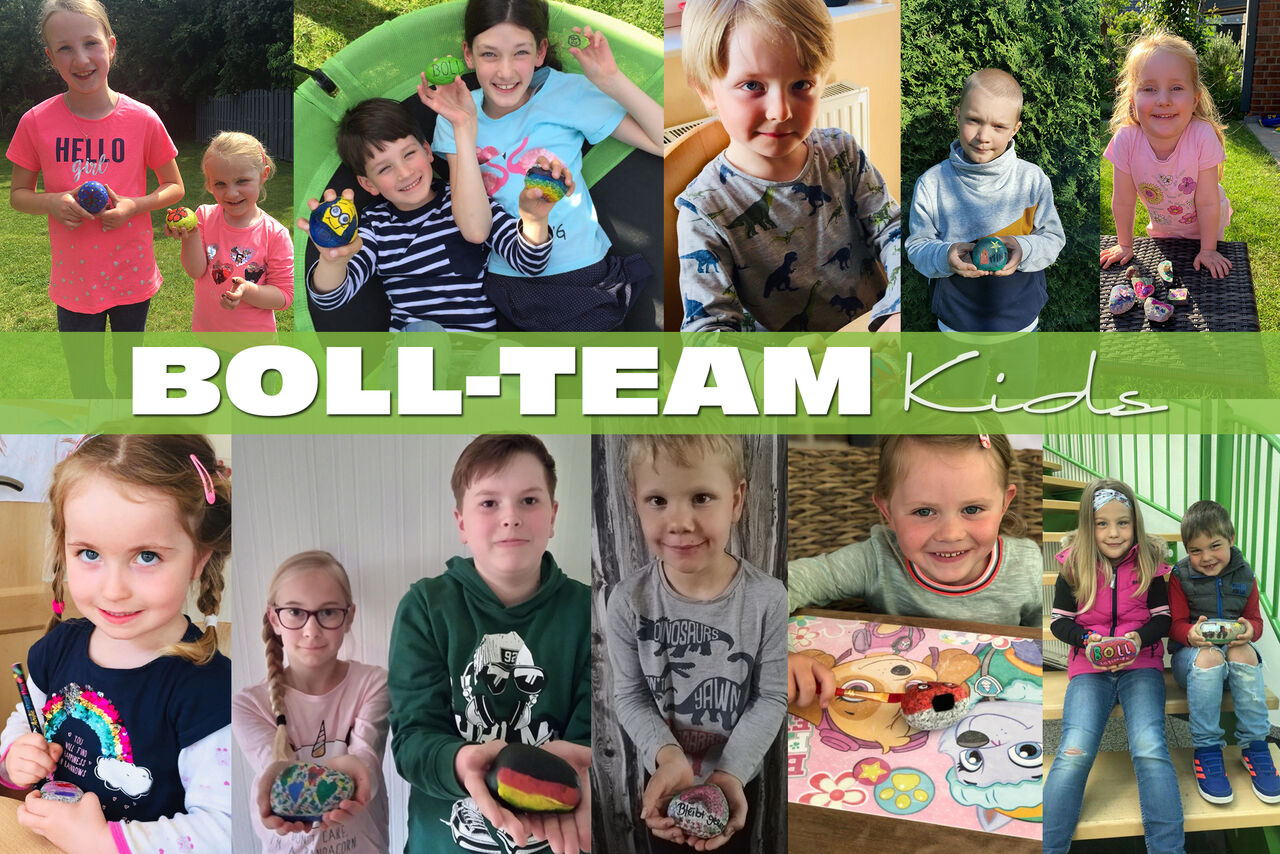 Meppen. Things have become a little more colourful on the premises of the Boll forwarding company at Schützenhof. The company invited employees' children to take part in a stone-painting activity. Many of the children were enthusiastic about the project and so paints, brushes and stones were organised for more than 40 little "artists".

Currently, colourful stone snakes are being created all over the country, mainly by creative children, but also by many adults. During the Corona crisis, the stone snakes are seen as a sign of cohesion, hope and encouragement.
"The idea of creating something positive and communal with the children in the current difficult times underlines our fundamental team spirit in the company," Ulrich Boll, managing partner of BOLL, is convinced of the campaign. "We are pleased about the high response and the great results, which can currently be admired in the entrance area at the Schützenhof," says Boll.
The motifs are as varied as the children who painted them. Unicorns, rainbows or the positive message "Behind the clouds the sun is still shining" are just some of the ways the children have expressed their emotions. Since the campaign was received positively throughout, children and creative adults are cordially invited to pebble more stones at the shipping company.

It is not known who laid the first stone in Germany, i.e. who gave the idea for this action.